A few years ago I was lucky to travel to Baffin Island in Canada’s northern territory, Nunavut. One day a group of us took a trip to a small island in Frobisher Bay called Qaummaarviit which means “place that shines”. This tiny island shows evidence of the Thule (pronounced “too-lee”) culture that lived in the region from 1000 AD to 1600 AD, before the Inuit people.

The vegetation growing on Qaummaarviit was all very close to the ground, small berries, spiked leaves, lichens, grasses and seaweed. This made for some amazing textures.

Yellow plant growing between the rocks on Qaummaarviit island: pushing out life from a rocky crevice.

Three clusters of barnacles on a rock now at low tide, villages of little homes built close together.

The view from tiny Qaummaarviit island, across to Baffin island and a valley where a stream runs down into Frobisher Bay.

A curious spiky plant, one of many wonderful varieties growing on Qaummaarviit island in Nunavut. 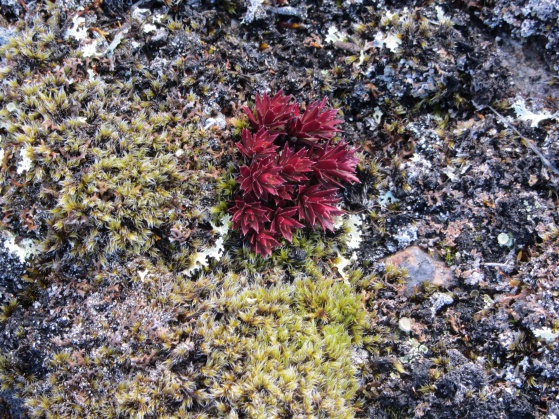 A curious spiky plant, one of many wonderful varieties growing on Qaummaarviit island in Nunavut.

Tiny lichen painting in such a wide array of tones. The pale arcs seem to show an expansion of growth over decades. 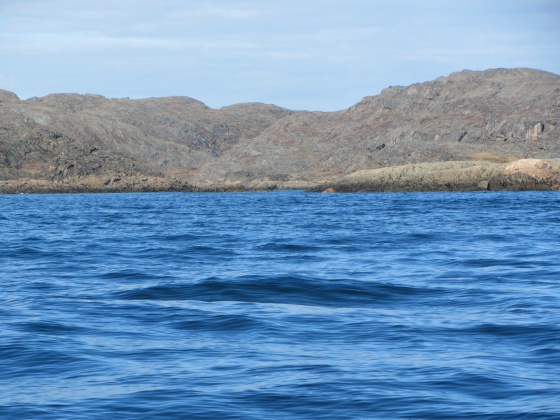 Qaummaarviit island seen across the waters of Frobisher Bay. The Island’s name means “places that shines”, and was inhabited by the Thule (pronounced “too=lee”) people 1000 AD to 1600 AD before the Inuit arrived. 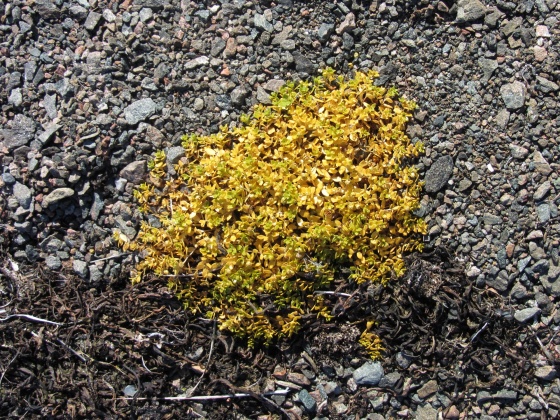 I loved the textures of seashore gravel, the bright yellow leaves and the brown remains of dead plants. So much surprising life on Baffin Island in Canada’s north.

Low tide in Frobisher Bay on Baffin Island in Canada’s north. These barnacles and sea snails are left on their rocky perches until the tide brings the sea back to them again.

These tufted plants reminded me of the landscapes in Dr. Seuss books. The vista shows an amazing diversity of life flourishing north of the 60th parallel in Nunavut, Canada.

A small tuft of a bright yellow plant growing from the rock like a giant’s armpit. This was another example of the beautiful flora on Qaummaarviit island in Nunavut. Perhaps the picture tells the story of flourishing in unlikely circumstances.

The texture in the ocean was beautiful as we rode over to Qaummaarviit island, about 12 km across Frobisher Bay travelling west from Iqaluit.